The Power of Empathy

THE POWER OF EMPATHY

Ever since the first blow was struck, humankind has searched for the secret to peace. For some, it’s the absence of war or a marriage without conflict. For others, it’s a classroom minus the bully or it’s freedom from alcohol, drugs or an abusive, overbearing boss.

But how is peace achieved? Where does it come from? And when and with whom does it start?

If one could sprout peace in a corner of the world like the seed of a “Krazy” George stadium wave and watch it embrace the planet in a generation or two, what could ignite such a thing?

People who have tried it, including therapists, recovering alcoholics and teachers, think they have found an answer in a new method of teaching and practicing peace and conflict resolution.

Called the Connection Practice, it’s a learned, science-based skill that uses empathy and insight to inform reactions and choices.

It was developed by Rita Marie Johnson in the early 2000s and tested and refined in Costa Rica, with the full support of a government so devoted to peace that it has kept no standing army since 1948.

The educator moved from Costa Rica recently to Gilroy where she heads the Rasur Foundation International, which sponsors, promotes and teaches the Connection Practice.

The former Missouri farm girl turned Costa Rican peace educator has a degree in psychology from the University of Missouri at Columbia and introduced her methods to the world while living in and shaping the future of Costa Rica.

But what she calls her “A-ha!” moment of how to approach the complicated issue of peace and conflict resolution came after fruitful studies of other experts and approaches, to which she gives a lot of the credit.

“I learned Nonviolent Communication from Dr. Marshall Rosenberg during a 10-day intensive course in Puerto Rico. I learned HeartMath at the HeartMath Institute in Boulder Creek, CA.,” Johnson says.

“The founders of these two organizations allowed me to take the essence of each of their methods and combine them, which resulted in the synergy that is experienced in the Connection Practice,” she adds.

Johnson’s method was implemented in schools, based on a peace education law, with the support of two Costa Rican presidents. Later, it was integrated into the graduate curriculum of the United Nations-mandated University of Peace in Costa Rica.

“Combining empathy and insight, as Johnson has shown, is a valid and proven way to improve human relations,” Arias wrote in an endorsement that adorns the cover of her 2015 book, “Completely Connected, Uniting Our Empathy and Insight for Extraordinary Results.”

The 245-page work is the culmination of years of research and hands-on experience and won a Nautilus Book Award.

Former Costa Rican Minister of Culture Carlos Francisco Echeverria wrote of the author, “Rita Marie Johnson has helped thousands of Costa Rican children and teachers prevent school violence through her connection method. I hope (her) book will help spread the experience to schools and other organizations throughout the world.” 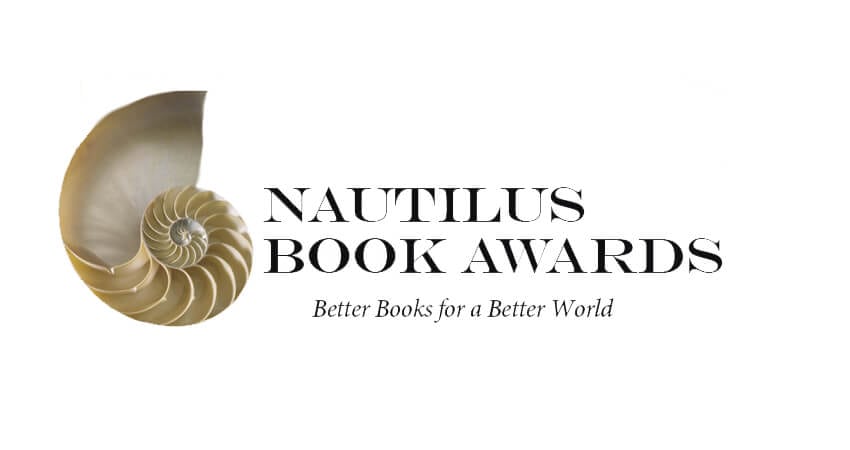 On Tuesday, he said in an email that what impressed him about Johnson’s method was that he actually experienced it and “it worked.”

Now retired, Echeverria served in the cultural post during Arias’ first administration, from 1986 to 1990 and was close to the President.

“President Arias can spot a good idea when he sees it. He went through her book and met her, and was convinced of the method’s value.

“Peace is essential to our way of living. We haven’t had an army since 1948. That is something all Costa Ricans feel proud about. Also the fact that President Arias won the Nobel Peace Prize for his efforts for peace in Central America.”

“The method that won over the Nobel Laureate is already being used in some schools in this country and the plan is to share with many more,” according to Johnson, 65.

“We are having a global launch of the Part 1 Connection Practice course as a webinar,” she says, announcing her first effort since returning to the United States to promote her method on a large scale.

The Bay Area, she says, has been very receptive to her method.

The free introduction webinar is Sept. 7 at 5 p.m. Pacific time.

And for those who want to learn more, the webinar will be followed by a five-week course with interactive lectures at 5 p.m. every Thursday. Optional follow-up coaching is also available.

More information on the webinar, courses and Johnson’s skill-building program can be found at her websites, connectionpractice.org and rasurinternational.org.

Johnson describes the Connection Practice as a simple skill that allows people to “Quickly release negative reactions” so they can access their empathy and best intelligence, in the form of an insight, “to respond to anything that is coming their way in life. It helps individuals resolve challenges and also get the most juice out of their celebrations,” she says.

Rasur Director of Operations and Communications, Francine Bacchini, uses the example of a negative childhood experience to illustrate how the Connection Practice teaches us to bring the heart and brain into what the method calls “coherence” to resolve challenges—including the underlying causes of drug and alcohol addictions.

Suppose a dog attacked you when you were young, she suggests, and you grew up with a fear of canines. Many issues that disrupt later life stem from childhood experiences, Bacchini says, and the practice can help get to the root of those issues and beyond.

One day, you’re walking along, Bacchini continues, and suddenly a dog appears in your path. It’s a friendly dog, clearly unthreatening.

But the amygdala of your brain springs into action by setting off the fight or flight reaction—a life saver perhaps if that dog was big and nasty and going for your throat.

In this case, there is no danger, but your amygdala screams ‘run’ anyway.

So you can run or move into coherence, which will release that irrational reaction so you can respond appropriately rather than robotically on old information.

You have just experienced the power of coherence, according to Johnson’s teachings. And that power can be measured using biofeedback software called the emWave.

The secret to moving into coherence, according to Johnson, “is generating a feeling of appreciation, happiness or care—literally, in your heart. Then the heart pulls the brain into entrainment. The heart’s ability to inform the brain is what’s referred to as heart intelligence, or “the flow of intuitive awareness and spontaneous insights experienced when the mind and emotions are brought into coherent alignment with the heart,” according to Johnson.

Before coherence and insight, however, steps are taken to move into an empathic state by identifying what’s really going on inside, she explains.

“By naming one’s feelings and needs, and taking a good guess at those of the other person, much of the negative charge is off the issue so it is easier to move into coherence.”

The course even uses cards to help participants identify feelings and needs, and they often find far more than imagined.

“I have observed participants cry with relief for having their feelings acknowledged and needs guessed,” says Shannon Kearns Zimbelman, 42, a theatre professor at Collin College in Plano Texas.

She was exposed to Johnson’s method two years ago, is working toward becoming a certified trainer and has offered workshops in the Connection Practice.

She calls it, “a transformative, powerful, effective and efficient way to connect to others through listening, empathy and perspective taking.

I have been transformed through this amazingly quick and powerful practice and have also seen light bulbs of insight, gratitude and understanding go off in my workshop attendees.”

Until she met and took Johnson’s workshop, she said, “I didn’t know how to even identify my feelings or my needs.”

Johnson’s approach is all about empathy and insight and the powerful relationship when both are present and are shared.

Combining the two as the Connection Practice does, experts say, represents a breakthrough whose importance cannot be overstated—and it’s all based on good science.

“Each step of the Connection Practice has been verified by scientific research,” Johnson said, and “causes a physiological shift that helps us to be our best selves.

“We know that the Connection Practice can prevent and resolve conflict, so when human beings learn to connect instead of to conflict, lots of things change; it creates a world of peace and harmony instead of a world of disconnection and violence.”

After 25 years in the classroom, he said, he’s never seen anything like it.

“There are other methods, like conflict resolution and self-esteem building, and there are counselors and a lot of programs, but nothing quite like this,” he said.

“I think there is a perfect application to the classroom and I think it will be well received because you are connecting your needs and the other person’s.”

In Martinez, school counselor and therapist AJ Kaur last year made the switch from high school students to the elementary level and saw the Connection Practice as a potential tool both for students and herself. She believes she has found something very special.

“I really would have been lost without a tool like this, said Kaur, 37, who has a Master’s degree and is a licensed Marriage and Family Therapist.

“It allowed me to have language to teach young children. Without the Connection Practice in my back pocket it would have been a very difficult year in engaging students and teachers to learn about emotional development—it’s a big skill and a life-long skill they are getting.”

Johnson says her method can be applied to couples relationships, problems between nations and in corporate, business and nonprofit settings, but of greatest importance to her is to share it with as many children and youth as possible.

“I know it will be a skill they will use for the rest of their lives and it will eliminate unnecessary suffering. We know from the statistics in Costa Rica that it helps kids with any challenge; if we can teach it to one generation, it would change outcomes from there on, because (they) would make more intelligent and compassionate choices,” Johnson says.

Although it would be years before they would meet, when Oscar Arias delivered his Nobel Peace Prize acceptance speech in Oslo, Norway on Dec. 10, 1987, he could very well have been referring to Rita Marie Johnson’s method and devotion to finding peaceful ways to coexist when he called peace, “…an attitude, a way of life, a way of solving problems and resolving conflicts.”

Senior Editor at Gilroy Dispatch
Longtime local journalist and Pulitzer co-winner Jack Foley has worked for San Jose Mercury News and Gilroy Dispatch for more than 20 years and has covered Gilroy for much of his 30-year journalism career. Since 1976, Foley has lived in and around Gilroy.